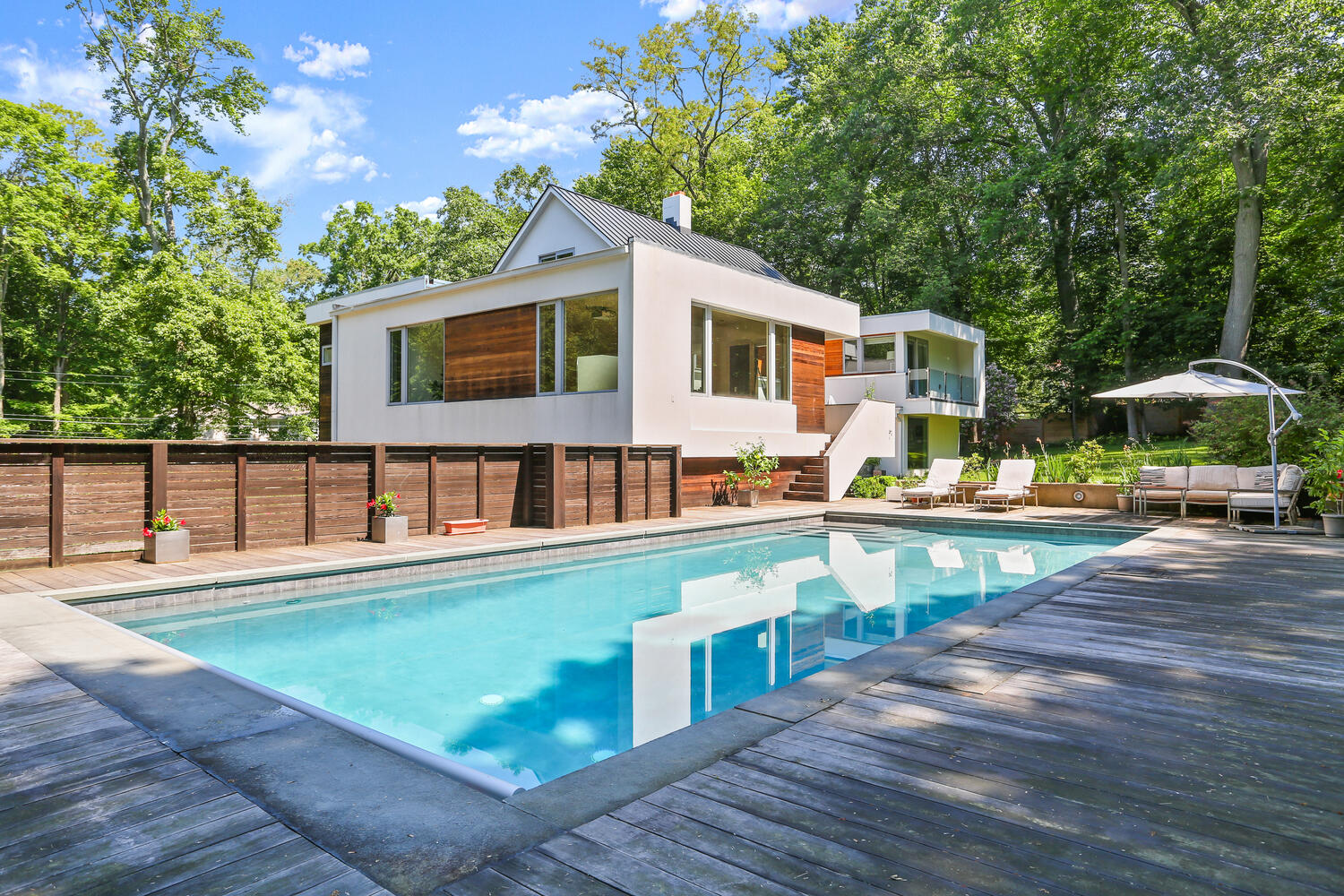 Homes on Hitchcock Road in Westport tend to have a traditional colonial style. But one house on the street has a ultra-modern façade that contrasts its neighbors.

Listed for $2.75 million, the home on 3 Hitchcock Road was rebuilt in 2008 to feature a modern design that is “mid-century inspired,” according to the listing. The five-bedroom, five-bathroom house has a total of 5,777 square feet of living space that features an open concept with options to make some rooms a home office, a den, a library or a large family room.

In the kitchen and dining room, there are large floor-to-ceiling windows and sliding doors that lead out a patio overlooking the home’s 1 acre of land. One of the rooms on the main level is outfitted with an overhead projector directed at a blank wall for watching movies or TV. The second level contains the main bedrooms, while a third floor has an additional 730 square feet of living space. Outside, there’s a covered dining area, a patio, a front porch and a heated pool, the listing notes.

Westport is one of many towns and cities in Connecticut to have seen its average home values increase in the past two years. Between January 2020 and January 2022, home values in Westport’s 06880 ZIP code — the same ZIP code the 3 Hitchcock Road home is situated in —  jumped $280,345, marking an increase of 38.49 percent.